My signed books on eBay

in an effort to make ends meet, I'm offering some of my books on eBay.

Sorry, my shadow got into the photo. I can't see the screen on my old cell phone, which is the only camera that I have.

This is the first edition of my murder mystery, and it is out of print. A longer version of the same novel is still available under the title Murder Lies. This book has three copyright dates because I spent three years writing it, and I published excerpts of 300 words or less during the writing process.

Lavinia Stout decides to give up her job as a phony psychic after investigating a mystery for her old college friend.

There are fewer than 50 copies in existence. 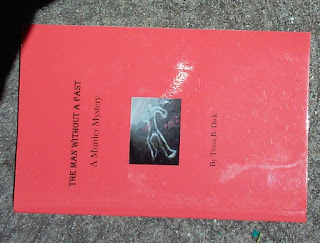 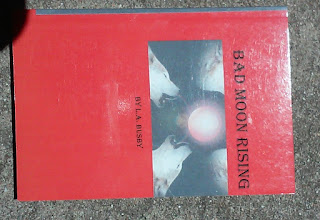 I once made the mistake of submitting my novel to Publish America, which turned out to be a vanity press. Although they did not charge me any fees to publish it, they never sold my book, either. As far as I know, the only copies in existence are the six copies that I bought for myself. This is an early edition of my novel Origins, which is also out of print. Another edition is available under the title Fallen Angels, which has many changes and additions to the text.

The story is about people who take refuge on Earth after their home planet is destroyed in the course of interplanetary war. A major theme is the eugenics program that unfairly dooms people to a life of slavery.

This paperback book has never been read, so it is in excellent condition. It was printed on cheap paper that has a slight tint to it, so it is not exactly white. 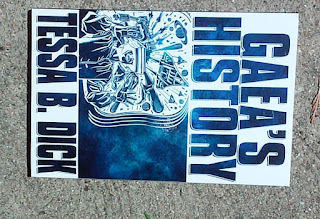 Holmes and Watson together again

If you can get to Lake Arrowhead this weekend, I recommend that you enjoy dinner theatre at Tudor house. Their production of The Speckled Band is a must-see.


A young lady has died, and the coroner can't figure out why. After all the witnesses testify at the inquest, the ruling is natural causes. However, the surviving sister Enid suspects that her stepfather had something to do with it. After two years have elapsed, Dr. Watson suspects that Enid is about to suffer the same fate. Calling upon his old friend Sherlock Holmes, he opens a snake's nest of greed and insanity.

Sir Arthur Conan Doyle wrote this play, The Speckled Band, based on his short story of the same title. It is different enough to be interesting to those who are familiar with the story, and familiar enough to be interesting to fans of Sherlock Holmes. Tudor House Players used Conan Doyle's original script with a few ad libs. The casting is superb, and the performances are spot on.

Holmes and Watson are perfectly cast, with Phil Simmons as a more intelligent Watson than the bumbling role played by Nigel Bruce in the old movies, and Richard Lavin as a more amiable Holmes than Basil Rathbone. Together they allow the audience to share in a few humorous moments while they deceive the villain.

Dr. Grimesby Rylott, played by David Heisler, will remind you of the villain in the Lakeside Players production of "Gaslight". Soft-spoken when he tries to persuade others to give him what he wants, Rylott can change in a moment to a roaring fiend who brandishes a whip against those who have crossed him or refused him.

In her role as Enid Stoner, the young lady in peril, Madison Siedschlag plays well off Nancy Loesch in her brilliant performance as Mrs. Staunton, the conniving housekeeper.

Overall, The Speckled Band is fascinating and entertaining, and the performances are brilliant. Tudor House provides a comfortable upscale venue with dinner served by cheerful, competent staff.

This play is a must-see.

Bitcoin under fire from regulators and prosecutors

I got this news release this morning from the Libertarian Party. I am  not a member, but I do agree with many of their goals. Here's the scoop on bitcoin:

First they came for those who traded Liberty Dollars, and I said nothing—
because I had no Liberty Dollars.
Then they came for Bitcoin exchange vendors, and I said nothing—
because I had no bitcoins.
Then they came for the rest of us whose only currency was Federal Reserve notes...
Nicholas Sarwark, chair of the Libertarian National Committee, released the following statement today:
The Libertarian Party vigorously condemns the trumped-up case against Randall Lord, a former Libertarian candidate, who  was sentenced to 46 months in prison for the victimless “crime” of operating an unregistered money service business involving Bitcoin, a digital currency.
Trading bitcoins is perfectly legal. Major retailers such as Microsoft, Expedia, Dell, Overstock, and Whole Foods accept bitcoins. Prosecutors targeted Lord for not being registered with the Financial Crimes Enforcement Network (FinCEN), a bureau of the U.S. Treasury, and for not being licensed to operate as a money service business in his home state of Louisiana.
Despite his conscientious objections to government currency controls, the Shreveport resident attempted to comply with the laws and regulations governing Bitcoin. He filed for registration with FinCEN, but the bureaucracy misplaced his filing, for which he now faces almost four years in prison.
Lord was not licensed in Louisiana because state officials had told him that Bitcoin is not a currency, and therefore he didn't have to have a license to operate. Then in March 2013, FinCEN expanded the definition of "currency" so they could pull exchanges like Lord's under their regulatory control.
Lord pleaded guilty to not having a state license, but later he proved to the court that the state did not require one. Then a federal court ruled that "unlicensed" could also mean "not registered with the Treasury Dept." and refused to allow him to withdraw his guilty plea and take this issue to trial.
Every aspect of this case is a travesty:
Randall Lord has long opposed the federal government’s tax-and-spend policies and the Federal Reserve Bank’s manipulation of the dollar. He did his part to try to change these onerous laws and regulations when he ran for U.S. House on the Libertarian ticket in 2014 and 2012, receiving 27 and 25 percent of the vote, respectively.
This case illustrates that the problem is not a well-meaning, civic-minded family man like Randall Lord who offers a service to people aiming to preserve the value of their hard-earned money.
The problem is overspending by federal politicians, their manipulation and regulation of currencies, and grandstanding prosecutors who get rewarded for convicting people rather than for achieving justice.
The solution is to overturn the sentence of Randall Lord, repeal onerous laws and regulations, and stop federal government overspending so that the dollar will stop losing value, jobs will be plentiful, and Americans will be financially secure.
Please add your voice to ours in demanding freedom for Randall Lord.
Listen to an interview of Randall Lord in a Lions of Liberty podcast here.
###
The Libertarian Party has proudly accepted Bitcoin since 2013. 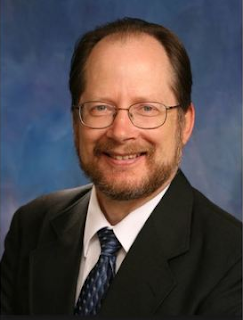