I try to eat healthful foods, but come on!  The hot dog is an American icon.  Besides, they are on sale this month.  Just one won't hurt me, right?

Starting March 31, Wienerschnitzel, the world’s largest hot dog chain, is cutting back the price of their famous Chili Dogs, to just 99 cents for limited time only! Back by popular demand for the fourth year, this tasty deal is available at participating locations through April 27.

“Wienerschnitzel has always [had] . . . a one-of-a-kind Chili Dog at a great everyday value,” said Tom Amberger, vice president of marketing. “We chose to introduce this promotion in April to give our loyal fans a price break on our most popular menu item during the sometimes stressful tax season.”

The Chili Dog, which made its debut on the original menu in 1961, is a grilled hot dog smothered with Wienerschnitzel’s signature chili (a recipe so secret it’s locked up in a vault) and served in a soft, steamed hot dog bun. Chili Dog-lovers are encouraged to hurry into their nearest location starting March 31, to take advantage of this tasty deal!

The newest commercial featuring the 99 cent Chili Dog deal can be viewed at:  www.youtube.com/mostwantedwiener
And, as always, the commercial is entertaining.   ~~~ 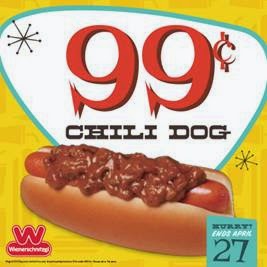 Grab your suitcase! Find your binoculars!  Get your camera ready! And fill up the car with gas because we’re going on a ROAD TRIP!! On Friday, April 4th it’s our Swag Code Travelganza!

Here’s our itinerary:
So, settle down back there kids.  Don’t make us turn this car right around!!

Get ready for a fun trip – Swagbucks Style!! 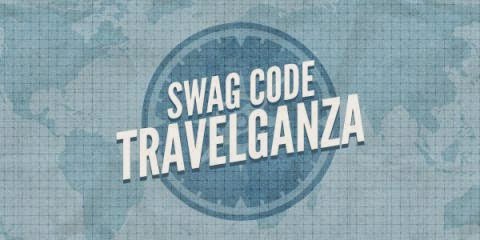